City of DuPont Chief of Police Douglas Newman has been named an “Honorary Commander” at McChord Air Force Base. Chief Newman will serve in this position for two years and reinforce DuPont’s relationship with Joint Base Lewis-McChord.

The U.S. Air Force Honorary Commander Program establishes and connects with local leaders to increase public awareness of missions, policies, and programs of the United States Air Force and Department of Defense.

The mission of this program to educate key community leaders about a unit’s mission and to foster a supportive relationship with the community, increase military involvement in civic endeavors and organizations and make members of the local community feel part of the unit. By building and strengthening community relationships, commanders and honorary commanders can positively impact their community.

While Air Force Honorary Commanders are chosen based on their civilian roles in the community, the service to military families and support of veterans is extremely personal to Chief Newman. As combat veteran himself, Chief Newman possesses over 20 years of military service. A prior Chief Petty Officer, Chief Newman is a career Naval Officer who continues to serve in the Navy Reserve. He has mobilized multiple times, serving in numerous locations to include Fallujah, Iraq, Guantanamo Bay, Cuba and Washington, D.C. In 2011, Chief Newman was selected as the U.S. Navy Reserve Sailor of the Year by the Chief of Naval Operations, Joint Chiefs of Staff, at the Pentagon. Chief Newman is currently a Commanding Officer for Navy Reserve Security Forces unit within Navy Region Northwest.

“To represent the City of DuPont in this civilian capacity is a huge honor” Chief Newman said. “What sets our community apart from others is our strong, positive connection with Joint Base Lewis-McChord, and McChord Field is an enormous part of both our regional and national security. I understand, firsthand, the hardships that military families often have to endure. Dealing with a global pandemic compounds an already challenging environment. I’m looking forward to learning more about the Air Force’s mission here, and how the members of the DuPont Police Department can better support McChord Field, its service members and their families. My thanks to the Air Force leadership at McChord Field for this very significant opportunity.”

Chief Newman will begin his role as “Honorary Commander” on October 16, 2020. 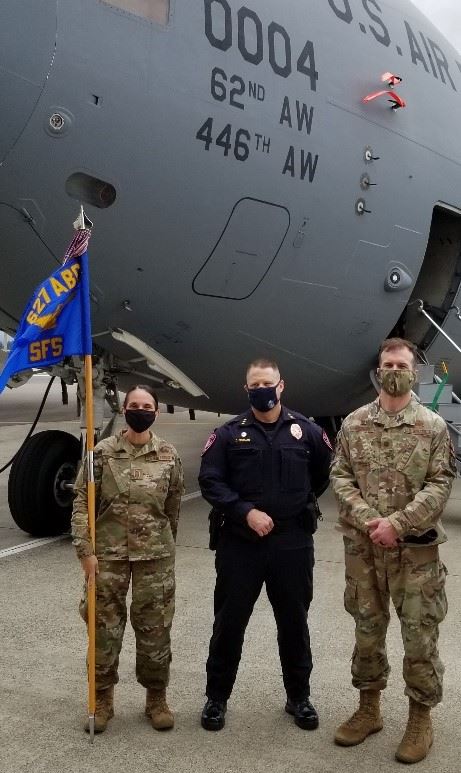